← more from
Saustex Records
Get fresh music recommendations delivered to your inbox every Friday.
We've updated our Terms of Use. You can review the changes here.

Five Minutes To Live: A Tribute To Johnny Cash

by Joecephus and The George Jonestown Massacre 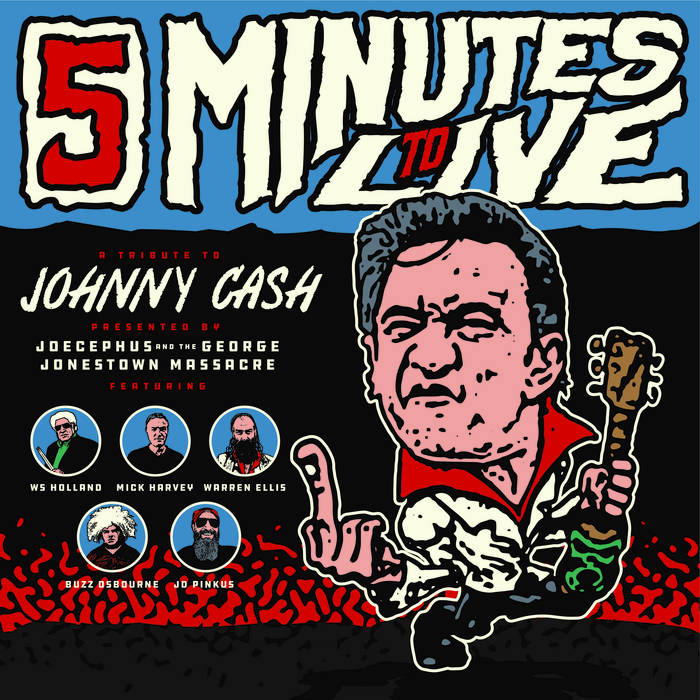 He has set his mind to producing a series of tribute albums alongside Dik LeDoux with Joecephus & The GJM as the backing band with special guest stars to benefit various charities. The first was 2016's double LP "Mutants of The Monster: A Tribute to Black Oak Arkansas", which featured an astounding lineup and benefitted Memphis area animal rescue The Saviour Foundation.

Now, Saustex has released the latest effort "Five Minutes to Live: A Tribute to Johnny Cash", and it is once again impeccably conceived by the pair and recorded in Memphis, TN. Featured guest artists on this EP include: W.S. "Fluke" Holland (Holland is featured on all tracks and was the drummer for Carl Perkins, Johnny Cash and the first man to play a full drum kit on the stage of The Grand Ol' Opry), Mick Harvey (multi-instrumentalist for The Birthday Party, Nick Cave & The Bad Seeds), Warren Ellis (Nick Cave & The Bad Seeds, The Dirty Three), Buzz "King Buzzo" Osborne (The Melvins) and J.D. Pinkus (The Butthole Surfers, Honky).

The EP is available on 12" 140 gram blue vinyl in an edition of 200 (exclusively Saustex.com), as a kicker all of the band's profits benefit the FSH Society.

Bandcamp Daily  your guide to the world of Bandcamp